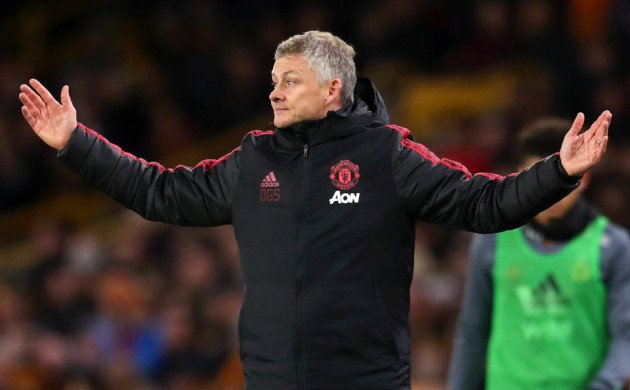 For Manchester United supporters, this season was about as depressing as it's been since Alex Ferguson’s departure.

Before now, even with the dismal fall from grace under David Moyes, the dull football under Louis van Gaal, and the turbulence under Jose Mourinho, there was always hope for the future.

If the club could just sign a few defenders, if other players were given time to develop, if the deadwood was shifted, then there was the belief things could get better.

This is the first summer where the penny is finally dropping for most fans that it doesn’t really matter what happens. For as long as the Glazers are around, making woefully bad decisions at every turn, nothing is going to change.

After Mourinho spat his dummy out when the club wouldn’t follow in the footsteps of rivals Manchester City and Liverpool by spending big on a world-class defender or two, it has been no surprise to see United suffer their worst defensive season in decades.

If the club can keep hold of David de Gea, despite his wobble over the last few months of the season, and bring in an assured centre-half, that would be a step in the right direction. Having a composed back four who don’t panic when faced with any player with pace would free up the midfield to concentrate on creating chances, rather than being fearful that every time they lose possession the team will be punished by conceding a goal.

Signing a centre-forward who scores for fun wouldn’t be a bad decision either, given how much United have struggled for goals towards the end of the season. Marcus Rashford is only 21 and still has plenty of promise, even if he did look burned out towards the end of the campaign. But while he’s still developing, he could do worse than having a speedy striker to learn from, someone who could drag United through games when they aren't playing particularly well.

When looking at the top 10 scorers in the league last season, two played for Liverpool, two for Arsenal, two for City, one for Tottenham and one for Chelsea. United’s top scorer, midfielder Paul Pogba, crept in at number 10 with 13 goals. Just six of those were not scored from the penalty spot.

One of United’s biggest failings has been their lack of leaders on the pitch, individuals who show up when the going gets tough and inspire their teammates to do better. Ander Herrera has shown that at times, although he hasn’t been a consistent performer and he’s now left the club.

United have had great leaders in the past, from Bryan Robson to Roy Keane, Gary Neville to Rio Ferdinand - people who demanded the most from those around them. It’s hard to name one player of that ilk at Old Trafford today.

Pogba showed his potential to take on such a role with France at the World Cup, giving rousing team talks in the dressing room as they went on to win the competition, but he hasn’t had the same impact in Manchester.

United have now gone two seasons without any silverware and six years without the title. While other clubs have longer droughts, the bar has always been set higher at Old Trafford.

Ed Woodward needs to be removed from his current position and a director of football must appointed. Not just any old candidate, though, but someone with a proven track record and a long-term plan for the changes which need to be made to ensure United are a better team going forward.

Ole Gunnar Solskjaer must be backed in the transfer market and he needs to target hungry players with the talent to succeed, rather than big names who are just interested in the ridiculous wages United pay. And the players who stay at the club need to wake up and show the supporters the respect they deserve by giving their all on the pitch.

United look so far away from competing at the top again and it’s going to take much more than one summer to fix it.