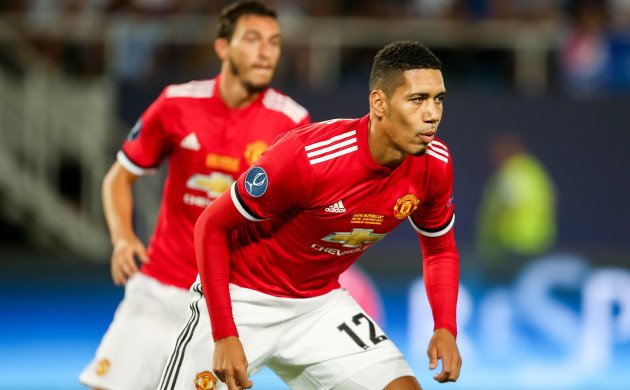 Gareth Southgate announced the England squad for this summer’s World Cup on Wednesday, and it was as underwhelming as expected.

Fans of the national team have consoled themselves with the fact that even when the side was filled with superstars like David Beckham, Frank Lampard and Steven Gerrard, they failed to impress in international tournaments. But the fact this England team is lacking in star quality doesn’t mean they will do any better.

The biggest hope is probably Rashford, who is unlikely to start but could make a real impact from the bench. He made his England debut a few weeks before Euro 2016, scoring after three minutes, and was called up to the squad for the tournament as a result. Given he had only played his first professional game of football three months earlier, it represented a dramatic rise for the teenager.

Rahsford  came off the bench in two games and left fans scratching their heads over Roy Hodgson’s decision to leave it until the 86th minute to bring him on to the pitch in the defeat by Iceland, which saw them knocked out of the competition. In those final few minutes, Rashford completed more dribbles than anyone had over the full length of the game.

Rashford has started six matches for his country since and scored his second goal in the World Cup qualifying win over Slovakia.

Best mate Lingard came in to the England fold relatively late on in to his career, making his debut a couple of months before his 24th birthday in a World Cup qualifier against Malta.

Well known to Southgate from his time at youth level, Lingard has long been a favourite of the England manager. He’s largely done well too, and scored his first goal in a friendly against Holland earlier this year.

Phil Jones has played in 24 games for England and, despite never reaching the heights of his predecessors like Rio Ferdinand and John Terry, he would probably have more caps if it weren't for injury. Given Jones' fitness problems, standby centre-back James Tarkowski probably hasn’t given up hope on making it to Russia just yet.

Finally, a player who would have been a shock inclusion at the start of the season: Young. The former Aston Villa man has adjusted well to his new left-back position, proving his worth at club level having previously looked as though he would be heading through the exit door.

Young is a good option to have off the bench as his experience means he's unlikely to make any rash mistakes, and his crossing ability could pose a threat.

Chris Smalling is entitled to feel a bit miffed to be left out, though. While United fans are still largely divided on him, it’s hard to argue that any of the other centre-backs have had a better season than him.

Most recently, he put in an excellent shift against Spurs in the FA Cup semi-final at Wembley. Smalling nullified Harry Kane - England's best player - that day, so he would have thought he was in with a shout.

While there are obviously plenty of United fans who support England, there are many others who aren’t too bothered by the national team. If the players arrived back at Old Trafford in good condition, these supporters will be happy.

England fans have turned on United players several times, most notably when David Beckham was sent off at the 1998 World Cup. Some even hung effigies of him in the streets, while national newspapers printed his face in the centre of dartboards. Once the new season began, he was booed by opposition fans up and down the country.

Still, that season didn’t end too badly for United, so maybe being an England villain isn’t the worst thing that could happen from the perspective of the Red Devils.