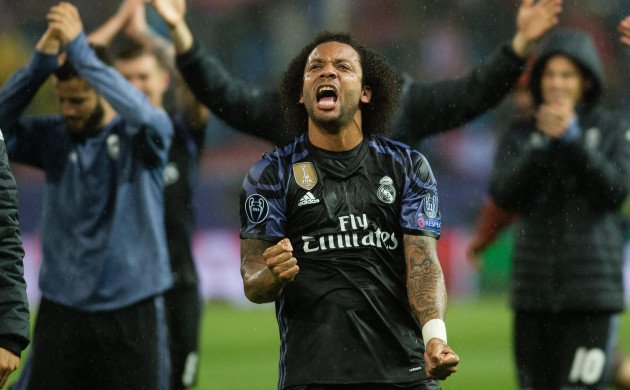 Real Madrid head into Saturday's match against Juventus looking to win their 12th European Cup and become the first club to claim back-to-back Champions League titles. The road to Cardiff is complete and the only thing standing in the way of yet more history being created is a Juventus side who must feel cursed, having lost their last four European finals on the bounce.

Much of the pre-match talk has centred around who Zinedine Zidane will play alongside Cristiano Ronaldo and Karim Benzema up front. Isco, the golden child of Spanish football, has finished the season stronger than most and appears in pole position to get the nod, but the possible return to fitness of Gareth Bale presents Zidane with a problem. Not a bad problem to have, but a problem nonetheless.

In fact, competition for places at the Bernabeu is something Zidane has managed magnificently throughout the campaign. Some fans were on his back despite a 40-game unbeaten streak, yet he has continued to pull rabbits out of a hat whenever he has needed it most. Zidane oversaw the club’s first La Liga triumph in five years just under two weeks ago and it was Madrid's strength in depth which tipped the league in their favour.

Yet while arguments can be made as to who should start in Cardiff, there is only one man who cannot be replaced in this Real Madrid side. One man who does not have an understudy capable of matching what he brings to the team. One man who has arguably produced the best form of his life and yet earned so few headlines. No, not Cristiano Ronaldo, but Marcelo.

Madrid have a ‘B’ player for every position except left-back, with Marcelo having become an indispensable part of Madrid’s defensive structure. He is much more than simply an outstanding wide man; his maturity helps calm an often-exposed backline. Perhaps he is not the most vocal leader on the pitch, but the Brazilian is someone who players - even those more experienced than him - look to in times of need. He has been pivotal throughout Zidane’s time at the club.

The transformation in Marcelo’s game has been a joy to behold. It seems strange to think he has been at Madrid for 10 years now yet only turned 29 earlier this month. There was something special about him from the beginning, but defensive errors meant he was largely deployed as a winger until Jose Mourinho took charge in 2011 and installed him as first-choice left-back.

Mourinho saw something unique in the fun-loving Brazilian and his fine form saw him make the shortlist for the FIFA World XI. He later went a step further, with Marcelo named in UEFA’s best XI based on his performances in the Champions League. The defensive mistakes were erased from his game, but it did not prove detrimentental to his attacking prowess.

“Most left-backs now are converted midfielders, much more likely to attack,” Paolo Maldini told the Italian press back in 2011. "The rule is: if you cannot get back, you must not go forward. The current best specialist is Marcelo, who gets it right in both areas.” Praise does not come much higher than that.

Marcelo, for his part, bases his game on another Brazilian who made his mark at Real Madrid, once saying: "my idol has always been Roberto Carlos... from when I was a child and even to this day.”

Given the strength of his performances week in, week out, many Madrid fans think Marcelo is better than his thunder-thighed compatriot - although the humble 29-year-old would probably disagree.

Marcelo is arguably the best left-back in the world at present, and there seems to be no signs of him slowing down now that he has reached the end of his 20s. He has added greater experience to his game but he does not shirk the responsibility that comes with it. You will notice in post-match interviews that it is often the afro-sporting Brazilian facing the cameras regardless of the result. He is proud to be the face of the club.

“I don’t know if he’s the best but it’s enjoyable to watch him play,” Zidane said of Marcelo this season. “Furthermore he’s a captain and he sets an example for everyone else.”

In Cardiff on Saturday, he will line up against another legendary full-back in Dani Alves, but the task will not faze him. Marcelo is riding a wave of positivity and the only thing that has stopped him from having an even bigger influence this term is injuries. A couple of weeks' rest will have done him the world of good as he looks to write another chapter in his glittering Real Madrid career.

Marcelo is already a legend but he continues to raise the bar year after year. Come Saturday evening, he will hope to be lifting his third Champions League trophy and adding to the 14 winner's medals that already belong in his impressive collection. He is truly Madrid’s Mr. Irreplaceable. 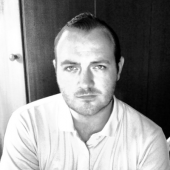 Andrew Gaffney is a freelance football writer based in Valencia, Spain. He covers La Liga for a number of outlets, including Yahoo Sport and Football London.