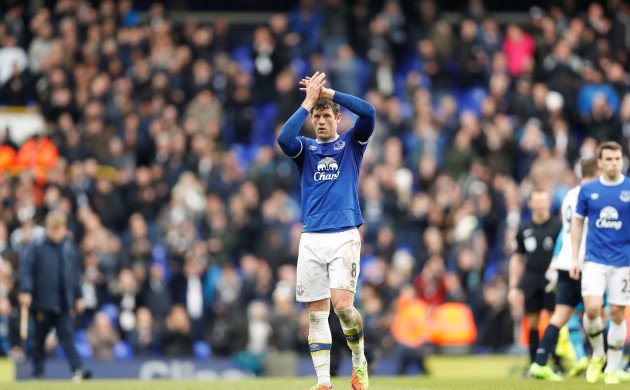 Earlier this week, a British newspaper ran an article lifting the veil on Philippe Coutinho’s recent move to Barcelona. Comprising a series of photographs taken between leaving England, boarding a private jet and then landing in Spain, the feature shows the final hours of the transfer.

In truth, it’s little more than a well-managed stage production. Coutinho is caught in a range of poses, each serving a different purpose. He’s shown with his family (he’s got a mother, just like you and I). With his son (there’s his sensitive side). And he's even shown watching Liverpool’s recent FA Cup victory over Everton (he still cares, he’s not such a bad guy).

It’s as real as faux-reality television, that curious, cringey cast of shows which includes Geordie Shore and Made In Chelsea. It’s a glimpse behind the curtain at something which should be interesting, but which ultimately isn’t because those doing the lifting and the posing are entirely in control of what you get to see. And have endless takes at projecting the image they want to convey.

Get it wrong? Do it again. Hair out of place or mascara slightly smudged? Roll back and have another go. It’s little more than an animated Instagram profile.

This is not a dig at the outlet who ran the story or even at Coutinho and his team of representatives. In fact, by today’s standard this was about as transparent as the game gets to be. The article was published and the majority of the public whooped and hollered about the special favour they had been granted.    And why not? In relative terms, the piece was everything it claimed to be. Rarely is the coverage of a major deal so vivid. But it’s interesting - dispiriting - to note that something so mundane is now treated as such a novelty.

A point has evidently been reached where football need only show its bare ankles to raise the collective pulse. This determination to exist in the dark would also seem to be self-defeating. The other major transfer to have occurred recently involved Ross Barkley, who has now completed a £15m move to Chelsea - and that brings to a close a long period of conjecture and, of course, a steady flow of disinformation.

Since it became clear that Barkley had no intention of committing himself to a new Everton contract, the estimations of his wage demands have fluctuated wildly. He supposedly wanted somewhere within the region of £150,000/week to join Tottenham over the summer, apparently rejected a new deal of greater worth at Goodison Park, and - as of Tuesday evening - his agent is claimed to have collected a fee in excess of £7m for his part in concluding the deal.

Some, all, or none of that may be true. The consequence - obviously - is that, at every turn of this saga, the public has chosen what to believe. It has taken its preconceptions about Barkley - a two-dimensional hologram who, to most, exists only as an avatar on a television screen - and tallied them off against whichever strain of reporting confirms those beliefs.

The effect is that, rather than offering a new start, this move to Chelsea has exposed Barkley to a new level of belligerence. Supporters never enjoy watching a valued player leave their club, particularly one raised in its catchment area, but that acrimony has been multiplied by the silence. When modern football leaves fans to make their own conclusions about something, they - quite understandably - tend to suspect avarice at its core.

It represents a curious dichotomy which is particularly hard to rationalise - and which exists far and beyond any isolated transfer or individual player. On the one hand, the game is so image-sensitive that access must be restricted to the point of being painfully benign. On the other, it is the denial of that access which allows the pejorative, brand-damaging perceptions to fester.

It’s clearly unrealistic for the public to expect a blow-by-blow account of what are often highly sensitive negotiations. However, with this particularly instance providing only the latest example, the almost hysterical insistence on absolute secrecy seems to serve nobody’s best interest.