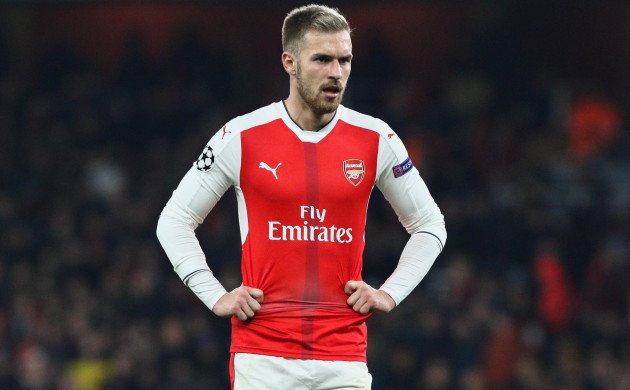 It is fair to say that no current Arsenal player divides opinion as much as Aaron Ramsey. After his impressive showing at Euro 2016, everything looked to be in place for the Welshman to rest, recuperate and rediscover his best form upon returning to London Colney. Instead, a twanged hamstring suffered in the opening-day defeat by Liverpool ruled him out for three months.

In a sense, this series of events was a perfect microcosm of his career at the Emirates: so much potential and excitement ruined by fragile thigh muscles and questionable recovery methods. Since his horrific leg break against Stoke in 2010, Ramsey has spent 373 days on the sidelines, missing 72 games in the process. It could just be that he is an injury-prone player who struggles with hamstring issues, but it is difficult to look back on that miserable day at the Britannia Stadium without a deep sense of regret.

Fracturing your leg in six places requires months of rehabilitation, but it is the knock-on effect of the injury that tends to be most damaging. Thankfully Ramsey was only 19 when it happened – his career was therefore never in danger – but as we have seen in the past with Abou Diaby, Eduardo and Theo Walcott, a person’s body deals with such trauma by overcompensating in other areas. Ramsey made a full recovery in his tibia and fibula, but the strain being placed elsewhere is proving too much.

However, while injuries have played their part, they are not solely to blame for the midfielder struggling to take off at Arsenal. In 2013/14, when operating alongside the calm and assured presence of Mikel Arteta, Ramsey found footballing nirvana in a side which was built to get the best out of him. Averaging five tackles, three interceptions and three ball recoveries per 90 minutes, his defensive output made him one of the best midfielders in Europe. Scoring at a rate of almost a goal per game, assisting every other match and maintaining a pass completion rate of 88 per cent made him much more than that.

Undoubtedly the club’s player of the year, he also scored the goal that ended a decade-long trophy drought; had he not missed three months of the domestic season, it is possible that Arsenal could have even gone on to win the Premier League as well as the FA Cup.

But since then, he has not managed to make himself expendable in the way everyone expected. Ramsey’s best position is clearly as a central midfielder, but Arsene Wenger has struggled to accommodate him there. Strangely, the former Cardiff spent most of 2015 playing from the right-hand side. It is a position where he spent some time in his youth and, despite being able to carry out a role for the team, it was far from a long-term solution.

After excelling in a free role behind Gareth Bale for Wales, the 26-year-old was afforded some opportunities further forward for Arsenal, but he struggled to link play, find space and welcome the ball in tight areas in the way that a Mesut Ozil, Alex Iwobi or Santi Cazorla would. Worryingly, and not for the first time in his Arsenal career, he has become the square peg in a round hole.

Ramsey thrives when given license to contribute at both ends of the pitch. His incredible engine was evident in the victory over Swansea in January, when he ran eight miles during 90 minutes – the furthest distance covered in a Premier League match by any Arsenal player all season. Often criticised for his lack of positional discipline, Ramsey is also beginning to time his forays forward to greater effect, allowing the Gunners to overload the opposition inside their own half instead of bursting towards the box at every opportunity. He also provides something that no other midfielder at the club can on a consistent basis: goals.

But the harsh truth is that, aside from injuries, the drop-off in his numbers is of great concern. While his pass completion rate remains high at 90 per cent, his defensive output has decreased considerably: he now averages just one interception, one ball recovery and less than one tackle per 90 minutes. The Welshman is also struggling to contribute consistently in the final third, scoring twice against Preston and non-league Lincoln City (despite averaging over three shots per game) and assisting only three times in 23 appearances this season. He is often guilty of overplaying or trying an elaborate piece of skill when an easier option is available, and has a frustrating tendency to over-hit or misplace simple passes under little pressure.

The question must now be raised: at what point does Wenger’s patience run out? The answer seems to lean towards sooner rather than later, judging by the widespread speculation of summer bids for Leon Goretzka, Naby Keita and Corentin Tolisso – all of whom play in his preferred No.8 role.

Ramsey can have few complaints should he find himself usurped after eight years at the Emirates, but it would still be a massive shame all things considered. A defining six weeks lie ahead for a major talent who is in danger of becoming a faded force. 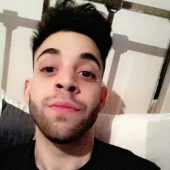 Phil Costa is a social media manager and freelance football writer, working for the likes of uMAXit Football, Football Whispers and The Set Pieces.