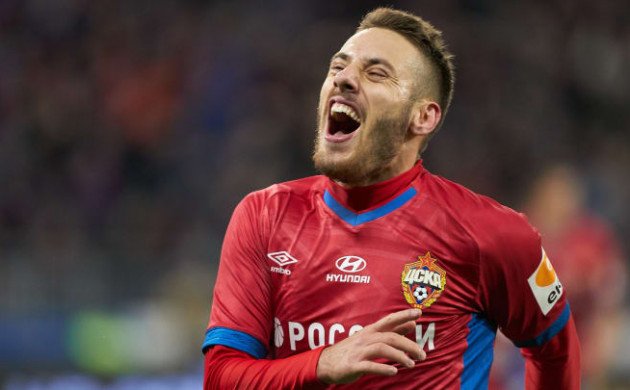 When a player comes from a foreign league to the English Premier League, they often get just once chance to impress. Many times, players have arrived in England at the wrong time, or have joined the wrong club. Various examples exist of players who were either not suited to their chosen club, or to the style of the English game, before moving on to find success in other leagues once again. One player who fits that bill is Nikola Vlasic. The playmaker joined Everton from Hadjuk Split, and failed to make the kind of impression expected. Eventually, he left for Russian football, joining CSKA Moscow.

His time in the Russian capital has been extremely fruitful. The Croat has enjoyed some great nights in Europe and has also enjoyed domestic success, becoming one of the most highly rated players in the Russian Premier League. However, the player looks set to move on this summer, with the 23-year-old keen to play UEFA Champions League football again in the future.

However, the names being linked with him at the moment might not offer that opportunity just yet. What they do offer, though, is the chance to re-establish his name within the English game and make the most of his second chance in the top-flight.

The team most linked at the moment with Vlasic is West Ham United. The Hammers have quickly grown to become a respected Premier League club again. The return of David Moyes for a second stint has seen the East London outfit go from relegation fighters to a team who nearly made the UEFA Champions League. They will compete in European competition this year, giving the club another boon to add to their recent record.

Moyes has a fine record in the market, too, with his loan of Jesse Lingard last year seen as transformative. Getting the player back from Manchester United has been a challenge too far, though, and it has seen West Ham turn attention to another player. Moyes is keen to see more of Vlasic, and is believed to have rated him as one of his top transfer targets as the summer has developed.

A creative playmaker with a great eye for a pass and a solid goalscorer from midfield, too, there is much to be excited about West Ham fans. The player has quickly managed to make his name back in the Russian game, and has now established himself as one of the most in-demand players outside of the top leagues in the European sphere.

Though it would be a second opportunity in English football, the player himself is believed to be keen for a second crack at life in England. Having developed massively since arriving in Russia, there is no reason why the Croat cannot be a success a second time around.

Under the tutelage of the focused coaching of Moyes, too, things could definitely be better for him the second time around in the Premier League.