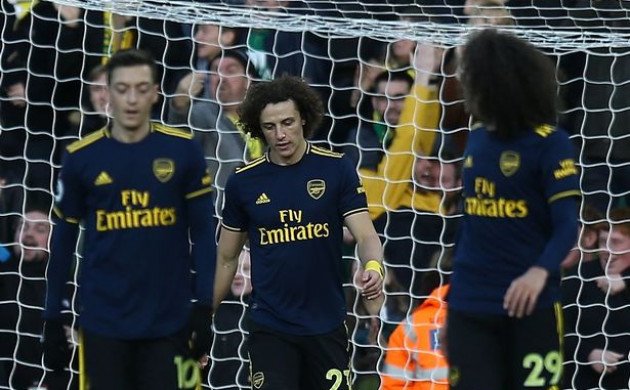 In the end, Unai Emery’s position as Arsenal manager was untenable. The former Sevilla and PSG head coach was dismissed from his latest role at the Emirates Stadium on Friday following a seven-game winless streak in all competitions. It is clear that Emery was no longer fulfilling expectations in north London, but it would be a mistake to think that all of Arsenal’s ills will be solved with his removal.

The Spaniard’s appointment in the summer of 2018 seemed to come out of the blue, with most reports stating that Mikel Arteta was the favourite to succeed Arsene Wenger. Installing a former player with no managerial experience would have represented a gamble, but many Arsenal fans now wish that Arteta had got the job 18 months ago. The choice of Emery did make sense on at least some levels, however; he did a superb job at Sevilla, for instance, and brought the sort of pragmatism that many accused Wenger of lacking in his later years.

Yet while Arsenal made a positive start under Emery – after losing their first two games of last term, they avoided defeated for 14 top-flight encounters – doubts had crept in by the turn of the year. The Gunners missed out on a place in the top four after failing to win four of their final five outings, losing to Crystal Palace, Wolves and Leicester, as well as drawing at home to Brighton. They had another chance to secure a place in the Champions League but were humbled 4-1 by Chelsea in the final of the Europa League in Baku.

Emery therefore started the current campaign on the back foot, and Arsenal fans were dismayed by the continued absence of a coherent on-field identity. Emery is an astute in-game tactician and, particularly in his debut season at the helm, often turned matches around by making changes at half-time or in the second period, but he has struggled to get things right from the start. There were also doubts over his communication skills and leadership qualities, and those deficiencies played a part in his departure last week.

Nevertheless, Sunday’s 2-2 draw with Norwich under caretaker boss Freddie Ljungberg suggested there will be no quick fix to Arsenal’s ills. Whoever succeeds Emery on a permanent basis will inherit an imbalanced squad: Alexandre Lacazette and Pierre-Emerick Aubameyang are excellent attackers, but the Gunners are incredibly leaky at the back and too easy to play through. Mateo Guendouzi is too young to be seen as the saviour in midfield, while Mesut Ozil proved difficult to accommodate under Emery and may also struggle to fit in under his replacement. Nicolas Pepe, a club-record £72m purchase from Lille in the summer, has hit the ground trudging.

“It is a great, great honour, that is how I feel. I have this energy inside me and it is special,” Ljungberg told Sky Sports ahead of Sunday’s trip to Carrow Road. “There is sadness obviously with what has happened with the club, but excitement too with what is coming up and the chance to play.”

Arsenal fans are entitled to be pleased with the decision to dispense of Emery, but a change in the dugout will not be enough to make the Gunners regular Champions League qualifiers once more.