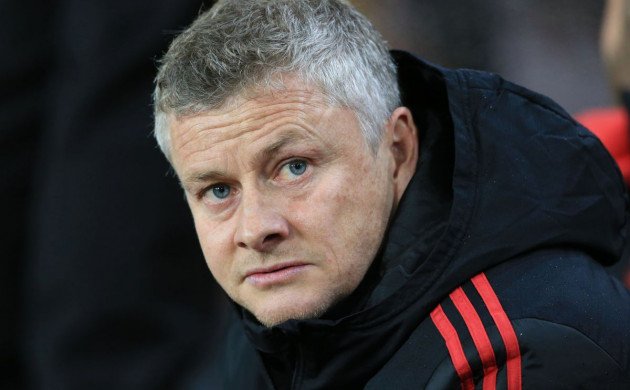 A top two or a top six? How the Premier League big boys became separated this season

Five years on from the last time Liverpool and Manchester City fought for a title in 2013/14, the two teams square up for the final stretch having matched each other win for win in recent weeks. Each will end up with over 95 points, a total usually more than sufficient to win a title.

The two sides have pulled more than 20 points clear of the chasing pack in third to sixth, yet if we look back to the mid-point of the season, the accrual of points that Liverpool and City have maintained was being exhibited by their nearest followers too. After 19 games, it was Tottenham (45) who were second behind Liverpool (51) with City (44), and Chelsea (40) and Arsenal (38) were also collecting points at a rate of two per game or higher.

With Manchester United wavering under Jose Mourinho, it took the installation of Ole Gunnar Solskjaer and a huge upturn in form to put distance between themselves and the mid-tier in the league. After 28 games, they too had dragged themselves up to a rate of two points per game. But as the season has progressed through its second half, we have seen these four chasers drop back to such an extent that the top-four race has become a case of survival above all else.

Tottenham and Arsenal have struggled significantly away from home during 2019, with each winning just two of eight fixtures. Similarly, United’s form has nosedived since March and Solskjaer’s permanent appointment, and they are on an overall run of two wins from eight themselves. Slowly but surely, and not without their own series of blips, it is Chelsea who have become the team most likely to secure a third-place finish.

The likelihood of the top six all maintaining the rates we saw in the first half of the season was always fairly low, and it has come to pass. Third to sixth place are now likely to find themselves finish with points totals equivalent to around 1.8 to 1.9 per game, which is entirely in line with long-term trends. It is just that this season skewed heavily towards points being accumulated in the first half of the campaign.

What has caused the drop-off? For Arsenal, points on the road have been hard to come by as the season progressed, a problem that has haunted both the team and their manager (at other clubs) in the recent past. The Gunners simply do not create enough shots and concede too many to be considered a genuinely top team.

That results have become more erratic over time is entirely in tune with expectation. When shot volumes are league average and it is a high conversion of those shots that is powering your attack, the team is probably dancing on the wrong side of predictiveness. Arsenal are definitively not better than they were when Arsène Wenger left, and the Europa League is their one shot at saving this season.

For Tottenham, it is more a combination of injuries and workload. The narrative is that the lack of activity in the transfer market has hindered their progress. While that may well be a factor, a consistent run of injuries throughout the squad has led to a real lack of rotation and a performance drop-off as the fixtures stacked up.

Both north London teams ballooned over expectation compared to their shooting metrics in the first half of the season, and therefore some reversion was to be expected. Each now faces significant questions around recruitment ahead of the summer.

As mentioned, Manchester United’s overperformance came during Solskjær’s early tenure, but it was hard to foresee that their return to earth would be quite as stark as it has been.

Chelsea’s late run to the top four was well timed and quite just. They never had a spell where results fell ahead of their performances, and have had to work consistently hard to gain rewards akin to their metrics. Expected goals has them down as the third best team in the league, and there are obvious similarities with Pep Guardiola’s first season at Manchester City: a few misfires while attempting to introduce a new style of play.

There have been moments in which Maurizio Sarri's job has looked insecure, but there is enough promise here to suggest that, aside from the top two, Chelsea have the least remedial work to perform across the summer, even allowing for a potential transfer ban.

The late-season burnout from the top four contenders has led to predictions that Liverpool and City will be miles ahead of the rest once again next term. That may well come to pass, but money will always be available for the big teams to strengthen and, at least since Chelsea’s dire 2015/16 campaign, we have not seen the wheels come completely off for any of them.

Furthermore, there is no big international tournament this summer, so rest will be easier to obtain for key men. This season has seen two exceptional teams battle for the title, while the four teams behind them have shown clear vulnerabilities alongside their evident strengths. As of now the top six has two very clear strata.