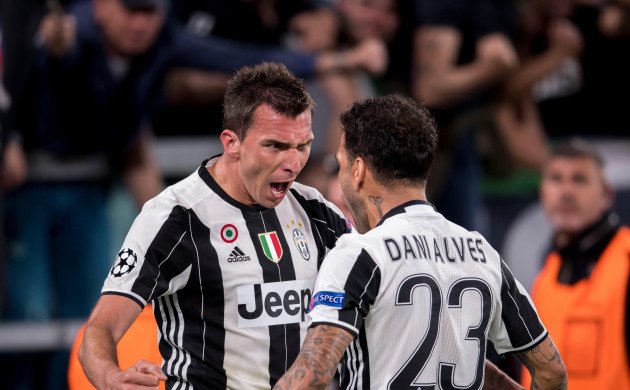 It is not much of a consolation to Juventus or the player himself, but Mario Mandzukic's stunning overhead kick in Saturday's 4-1 defeat by Real Madrid deserves to be remembered as one of the best goals ever scored in a Champions League final. The finish itself was special enough, but the strike was made even better by the move that preceded it, in which the ball did not touch the ground once as Juventus shifted it out wide and then into the box.

The 2002 final between Real Madrid and Bayer Leverkusen was deadlocked at 1-1 before Zidane's intervention. Chasing a long pass down the flank, Roberto Carlos hooked a hopeful cross in the direction of the Frenchman, who twisted his body, waited for the ball to drop and connected with the sweetest of left-footed volleys.

Milan's terrific first-half performance in Istanbul was overshadowed by Liverpool's subsequent comeback, but when Crespo struck his second and Milan's third on the stroke of half-time, many understandably thought the final was all over. Collecting a sensational defence-splitting pass from Kaka, the Argentinian frontman delicately dinked the ball over Jerzy Dudek and into the back of the net.

Another fine Milan goal in a European showpiece, although the scorer was on the winning team on this occasion. With the Rossoneri already 2-0 up, Savicevic won possession wide on the right before lofting a measured lob over the head of goalkeeper Andoni Zubizarreta from the corner of the box.

Inter's semi-final victory over Barcelona is remembered more than their defeat of Bayern Munich in the final, when Milito found the net twice to secure the trophy for Jose Mourinho's men. His second was better than his first: the striker drifted left to collect possession and immediately ran at Daniel Van Buyten, who was powerless to stop him twisting and turning before curling the ball home.

The all-Spanish final in 2000 was settled in Madrid's favour thanks to goals from Fernando Morientes, McManaman and Raul, with the Englishman's effort the best of the lot. After Roberto Carlos' free-kick was only partially cleared, the ex-Liverpool winger converted with a scissor-kick volley from the edge of the box.

Barcelona's superb showing against Manchester United in the 2011 showpiece remains one of the greatest the Champions League has seen. Messi gave his side the lead for the second time with a marvelous goal; after a characteristic spell of patient possession, Barcelona suddenly came alive through their star man, who dribbled forward and smashed a powerful effort into the bottom corner.

Dortmund have still only been crowned champions of Europe once, with 20 years having now elapsed since their sole success. After pinching the ball inside their own half, BVB broke at speed and pushed bodies forward, culminating in Ricken's early shot looping over Angelo Peruzzi to give the Germans a 3-1 lead in Munich.