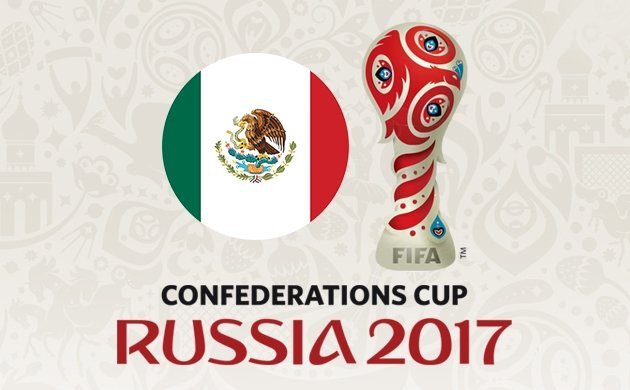 CONCACAF representatives Mexico are not among the top three favourites to triumph at the 2017 Confederations Cup, but they will be happy enough with their tag of dark horses in Russia. El Tri are veterans of this tournament having taken part on six previous occasions, and they will be looking to make an impression 12 months before the World Cup begins in the same country.

Mexico qualified for the competition by winning the inaugural edition of the CONCACAF Cup, a one-off play-off match against the United States after both teams triumphed at recent Gold Cups (the former in 2013, the latter in 2015). There were some doubts over whether manager Juan Carlos Osorio and his players would be taking the Confederations Cup seriously given the fact that the 2017 Gold Cup gets under way just five days after the final in Russia, but the strong squad selected by the Mexicans demonstrates that they are not content to simply make up the numbers in the earlier tournament.

There is plenty of talent within the travelling party Osorio has chosen, with Mexico's blend of youth and experience likely to serve them well. Javier Hernandez, once of Manchester United and Real Madrid, was not at his best for Bayer Leverkusen this season yet remains one of the deadliest poachers around, while Carlos Vela, Raul Gimenez and Giovani dos Santos will also be pushing for a place in the starting XI up top.

In midfield, Hector Herrera of Porto remains an underrated all-round force and Andres Guardado possesses bags of experience, while wide man Jesus Manuel Corona – a club team-mate of Herrera – has the skill and trickery to beat virtually any full-back in a one-on-one situation. At the back, 38-year-old Rafael Marquez has still not hung up his boots at international level; it is not yet clear whether the former Barcelona and Monaco stopper will start, but a lack of pace and mobility could prove problematic if he does.

Osorio is a flexible coach who has used a number of different systems in recent months, including a 4-3-3, a 4-2-3-1 and a 4-4-2. A three-man defence does not look like a viable option, but the Colombian will probably opt for whichever system allows him to include as many of his talented attackers as possible without adversely affecting the balance of the team. A 7-0 defeat by Chile in the semi-finals of the Copa America Centenario last summer will probably still be playing on his mind, though.

Germany, Portugal and the Chileans currently look better equipped than Mexico heading into the tournament, but it would not be a huge shock if Osorio's men lifted the trophy in Russia. They will certainly fancy their chances of making it through to the last four, and from there they would have a good chance of going all the way. A flutter on Mexico making it to the final could be worthwhile, with Hernandez a potentially astute choice for top scorer.