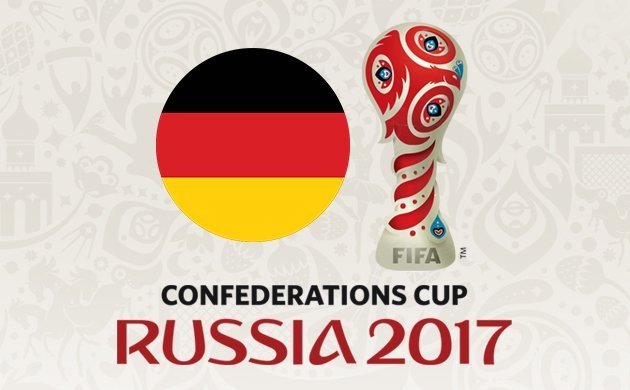 World champions Germany will fancy their chances of adding another piece of silverware to the trophy cabinet at the 2017 Confederations Cup in Russia.

Joachim Low's men qualified for the competition by winning the 2014 World Cup, although their most recent involvement in an international tournament did not end so well. The Germans were many people's favourites to triumph at Euro 2016, but a semi-final defeat by hosts France prevented them from being crowned European champions last summer. That loss led to much debate over whether one World Cup in the last decade is an adequate return for a country like Germany, although it is perhaps harsh to have expected them to have won more given Spain's dominance between 2008 and 2012.

The positive thing for Germany is the sheer amount of gifted young players at the country's disposal. That fact is reflected in the squad Low has named for the Confederations Cup, with established names such as Toni Kroos, Mesut Ozil, Sami Khedira, Jerome Boateng, Manuel Neuer and Thomas Muller all excluded from the travelling party. Barcelona goalkeeper Marc-Andre ter Stegen will therefore be handed an opportunity between the sticks, with youngsters Timo Werner, Joshua Kimmich, Leon Goretzka, Niklas Sule and Julian Brandt all hoping to make an impression as the holders continue their preparations for the World Cup.

In that regard, Low looks to be using the Confederations Cup as a way to run the rule over some of the less experienced members of Germany's talent pool. It is probably a wise decision; such players can be blooded in friendly matches, but the increased competitiveness of this tournament means Low will learn far more about his young charges here. Even the older members of the squad do not possess much experience of international football: 27-year-old Jonas Hector has made 27 senior appearances, but 28-year-old Lars Stindl, 26-year-old Kevin Trapp and 29-year-old Sandro Wagner are all uncapped at the time of writing.

Die Mannschaft's success in recent years is in large part down to the creation of a new identity, which is a blend of patient possession play and more traditional German elements such as energy, physicality and tempo. Low will therefore stick with the same approach despite the difference in personnel, with Germany set to employ either a 4-3-3 or 4-2-3-1 formation.

The world champions should have little trouble advancing to the knockout rounds, although Chile will probably mount a strong challenge for top spot in Group B. Germany will fear nobody in the semi-finals, but they may come up short overall in their bid to win the Confederations Cup; from a betting perspective, moreover, there is little value to be had in backing Die Mannschaft to get their hands on the trophy.

One wager that could be worth exploring is Werner claiming the Golden Boot, with the RB Leipzig striker looking to continue an impressive campaign which saw him find the back of the net 21 times in the Bundesliga.