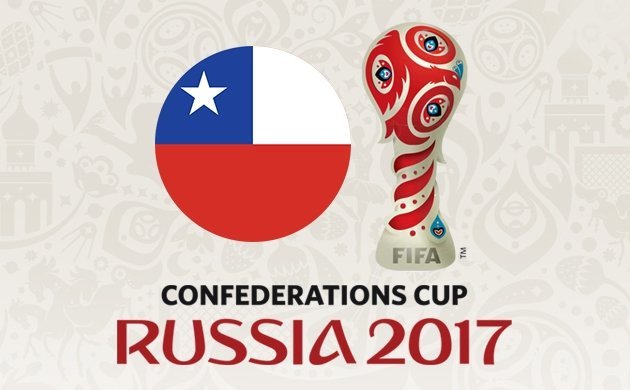 South American champions Chile have fostered a winning mentality in recent years and will be looking to collect another piece of silverware at the 2017 Confederations Cup in Russia.

Prior to the 2015 Copa America, La Roja had not won a single edition of the tournament in its 99-year history. That drought was ended in spectacular fashion on home soil, as Jorge Sampaoli's men played some sensational football on their way to the trophy, which was secured with a penalty shoot-out victory over Argentina in the final. A poor start at the 2016 Copa America Centenario saw Chile widely written off in the United States, but they hit their stride in the knockout stage and once again got their hands on the prize with a defeat of the Argentines on spot-kicks. A third successive summer of success is a distinct possibility given the strength of Juan Antonio Pizzi's squad.

Chile's performances at the aforementioned Copa Centenario and in susbequent World Cup qualification matches suggest that the team is now past its 2015 peak, although a 7-0 thrashing of Mexico in the semi-final last year was a reminder of what they are capable of on their day. La Roja are certainly in with a chance of glory at the Confederations Cup, although supporters may be slightly concerned about the effect of fatigure and burnout on a group of players who are not getting any younger; this, after all, is the fourth year in a row that Chile are taking part in an international tournament.

Arsenal forward Alexis Sanchez, who could depart the Emirates Stadium in the coming weeks, and Bayern Munich midfielder Arturo Vidal remain the country's two star players, although it could be argued that Tigres striker Eduardo Vargas is just as effective as the more high-profile pair at international level. Twinkle-toed playmaker Jorge Valdivia is not part of the travelling party, but Claudio Bravo, Gonzalo Jara, Jean Beausejour and Gary Medel are all still involved with the national team.

Whereas Sampaoli used to regularly switch between three- and four-man backlines during his time at the helm, Pizzi has tended to stick with a 4-3-3 formation in recent times. A midfield of Vidal, Marcelo Diaz and Charles Aranguiz is perhaps the strongest in the competition, while Sanchez is the type of superstar capable of regularly making the difference in the final third. Question marks remain about the defensive unit, but overall the Chileans look to be in a strong position to challenge for the title in Russia.

La Roja should have little trouble advancing to the knockout stage, and they may even finish ahead of Germany in top spot in Group B. Their recently attained tournament-winning experience will stand them in good stead, while Pizzi's squad has more than enough talent to cause problems for all seven of the other teams taking part. With all that in mind, then, it could be worth backing Chile to win the 2017 Confederations Cup.