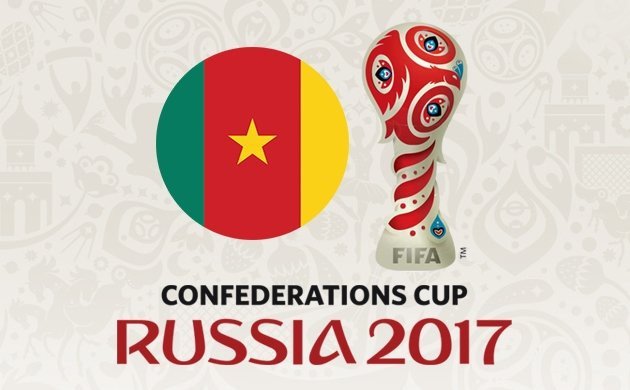 Cameroon shocked the continent by winning the Africa Cup of Nations in January, and the Indomitable Lions will now be aiming to spring another surprise at the 2017 Confederations Cup in Russia.

Hugo Broos' side were widely written off prior to the aforementioned competition at the start of the year, particularly when it became clear that a number of the country's high-profile stars would not be taking part. Few changed their mind about Cameroon after two draws and a narrow victory over minnows Guinea-Bissau in the group stage, but a dogged penalty shoot-out defeat of Senegal in the quarter-finals made the public sit up and take notice. A 2-0 win against Ghana in the last four was followed by a 2-1 triumph over Egypt in the final, with Cameroon earning plenty of plaudits across Africa for their performance at the Cup of Nations.

Broos' men were probably underestimated by their opponents at the start of the year, and that will not be the case at the Confederations Cup. A tough group stage draw pits them against Australia, Germany and Chile early on, but that may actually work in Cameroon's favour: this is a team who are far more adept at sitting deep and counter-attacking, an approach which does not work anywhere near as successfully against weaker opponents. It will still be a huge ask for the Indomitable Lions to make it through to the knockout phase, but it would be foolish to completely write them off after their accomplishments in Gabon.

Cameroon's squad includes Besiktas striker Vincent Aboubakar, Lorient's Benjamin Moukandjo and Henan Jianye's Christian Bassogog, who was superb at the Cup of Nations earlier in 2017. Oostende midfielder Sebastien Siani is the only player over the age of 28 in Broos' selection, which is further evidence of the Belgian's attempts to create a younger, fresher and more energetic team ahead of the 2019 Cup of Nations on home soil.

The West Africans will probably look to cede possession and the initiative in all three of their group stage encounters, before springing forward at speed when control of the ball changes hands. Broos has flitted between 4-3-3 and 4-2-3-1 formations since taking charge of the Cameroonians and may do so again here depending on the specific opponent and circumstances in front of him.

Taking everything into account, it is difficult to see Cameroon escaping the group stage and progressing to the semi-finals. Meetings with Chile and Germany will be unlike anything they faced at the Africa Cup of Nations, while even Australia will provide a tricky test for Broos and his men. It could, however, be worth backing the Indomitable Lions to finish third in Group B, which would be a respectable position given the gulf between them and world champions Germany and two-time Copa America winners Chile. Bassogog, meanwhile, is certainly a player worth watching if you have not done so already.