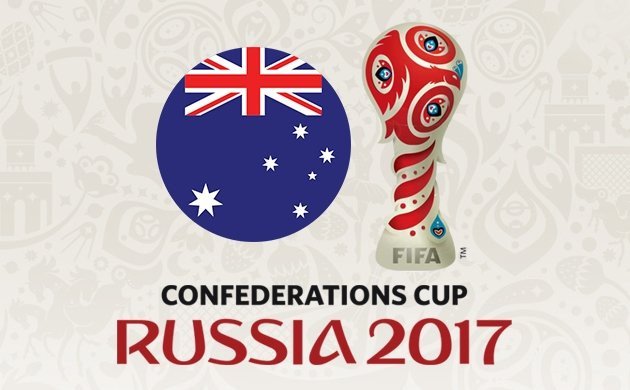 Australia have been handed a difficult group at the 2017 Confederations Cup, but they will be looking to make their mark just 12 months before the World Cup in Russia.

The Socceroos were the third team to qualify for the competition after the hosts and world champions Germany, with their triumph at the 2015 Asian Cup enough to see them book a place in the eight-team tournament. Although they have taken part in the Confederations Cup on three previous occasions, this is the first time Australia will be representing Asia following their decision to switch confederations in 2006 (a choice that was motivated by a desire to compete with sides on a more equal footing than the rest of Oceania). Beating Kuwait, Oman, China, the United Arab Emirates and South Korea en route to the trophy two-and-a-half years ago was vindication for that move, and Australia will now be keen to give a good account of themselves in the coming weeks.

The majority of Ange Postecoglou's squad play their club football overseas, including England-based Brad Smith (Bournemouth), Bailey Wright (Bristol City), Massimo Luongo (Queens Park Rangers), Aaron Mooy (Manchester City/Huddersfield Town), Jackson Irvine (Burton Albion) and captain Mile Jedinak (Aston Villa). Genk goalkeeper Matt Ryan will be an important figure between the posts, while veteran forward Tim Cahill – who is now back in Australia with Melbourne City – will be looking to continue his fine scoring record at international level. At the other end of his career, Ajdin Hrustic could benefit from being something of an unknown quantity: the 20-year-old winger is still uncapped at the time of writing and has only made a handful of senior appearances for club side Groningen.

It is not yet clear which formation Postecoglou will be using in Russia, with Australia having switched between 4-3-1-2, 4-3-3 and 3-2-2-3 in their recent matches. Perhaps the latter is most likely, with a box-shaped midfield selected behind a fluid front three, although Postecoglou will probably want to keep his options open and retain the ability to change shape both within and between matches. Australia's game plan will be based on defending deep and hitting opponents on the counter-attack, which is the only realistic way they will be able to pull off a shock result against either Germany or Chile.

The Socceroos, in all likelihood, will be locked in a battle with Cameroon to finish third in Group B, but securing a positive outcome in their opening match against Germany – which essentially means avoiding defeat - would give them a decent chance of making it through to the knockout stage. It is difficult to see that happening given the strength of their opponents, though, and it could even be the case that Australia finish behind Cameroon at the foot of the standings. Postecoglou's side will probably not be thrashed by anyone, but at the same time it would be a surprise if they were still involved in the Confederations cup after the group phase.