Second season syndrome: 4 teams who suffered it and 4 who didn't

After being the surprise package of the last Premier League campaign, Sheffield United are looking to avoid second season syndrome this time around. The term refers to a club that initially excels following promotion, only to plummet down the table in their second year in the Premier League. The Blades have made a worrying start, taking zero points from the first nine on offer in 2020/21.

But does it really exist? We have taken a look at teams that suffered second season syndrome and others that did not.

Following promotion to the top tier in 2005, Wigan made an immediate impact despite losing each of their first two games 1-0. A remarkable run of eight wins from their next nine matches put Wigan in the top two, and their fans started to dream of European qualification.

That never came to pass, but the Latics were as high as seventh with just 13 games remaining. They ended the campaign in poor form, losing four of their final five outings, yet still finished in the top half of the table – a terrific achievement by Paul Jewell and his players.

The 2006/07 season was much more challenging. Wigan got off to a shaky start, but four consecutive victories in the autumn saw them climb into the top half again. However, that was as good as it got for the Latics, who only stayed up with a dramatic victory over Sheffield United on the final day.

Ipswich missed out on automatic promotion in 1999/00 by two points, but recovered from that disappointment to win the play-offs. They then carried that momentum into the following campaign, and after 18 games sat third in the table.

Spearheaded by Marcus Stewart, who would go on to score 19 Premier League goals that campaign, George Burley’s side remained in the top three until the final weeks of the season. In the end they finished fifth, two points shy of a Champions League qualification spot.

Few expected Ipswich to repeat the trick in 2001/02, but even fewer thought they would go down. That is exactly what happened, though, an 18th-place finish sending the Tractor Boys back to Division One.

Reading lost to Plymouth Argyle in their opening game of 2005/06, but that was a rare occurrence that season. Steve Coppell’s side amassed 106 points over the next 45 matches, a second-flight record that stands to this day and one which saw them promoted to the Premier League in style.

Things got even better for the Royals the subsequent season. Despite some inconsistent form – Reading were a patchy team who frequently strung together runs of either wins or defeats – Coppell’s men finished eighth, just five points adrift of the top five.

It was all downhill from there, however. Reading were mid-table at the midway point of 2007/08, but a sequence of just four wins from their final 19 games saw them finish below the dreaded dotted line on goal difference.

Before Reading edged them out a few years later, Sunderland held the record for the highest-ever second-division points tally with 105, set in 1998/99. Too good for Division One that year, they were also stronger than most in the Premier League the following season.

Kevin Phillips was the star of the show, scoring an improbable 30 goals to win the European Gold Shoe. Sunderland’s seventh-place finish was a team effort, though, with Peter Reid’s side even flirting with UEFA Cup qualification at one stage of the campaign.

But just like Wigan, Ipswich and Reading, the Black Cats’ form did not hold up in their second season at the top table. Sunderland ultimately finished 17th in 2001/02, avoiding relegation by the skin of their teeth.

Those who did not

Brian Clough’s final season in management ended in heartbreaking fashion, as his beloved Nottingham Forest suffered relegation in the inaugural Premier League campaign. Frank Clark replaced the man who was irreplaceable in summer 1993 and did a fantastic job in guiding Forest back to the top tier at the first time of asking.

Even more impressive was his work in 1994/95, when the East Midlanders finished third and at one point looked like genuine title challengers. They ultimately finished 12 points behind Manchester United but UEFA Cup qualification was a fantastic achievement.

Forest dropped out of the top three the following season, but not by much: despite being tipped to struggle following the exit of top scorer Stan Collymore, Clark’s side finished ninth.

Bankrolled by Jack Walker’s millions, Blackburn always had loftier ambitions than mere survival upon their entrance to the Premier League in 1992. Their first season back in the top flight was preceded by the purchase of Alan Shearer for a British record transfer fee, so finishing in the bottom three was not an option for Rovers.

It was not their reality either, with Kenny Dalglish’s side ending 1992/93 in the top four – and just three points behind second-placed Aston Villa. Their next objective was clear: win the Premier League title.

Blackburn did ultimately manage to do that in 1995, but not before ending 1993/94 second to Manchester United. Still, a runners-up finish was not to be sniffed at for a team that had been in the second tier two years earlier.

Alan Curbishley guided Charlton into the Premier League at the turn of the millennium, even though a rotten run of form at the end of 1999/00 almost saw them throw away a seemingly unassailable lead at the top of Division One.

The Addicks did not look at all out of place at the highest level of English football. Positioned in lower mid-table at the halfway stage, Charlton enjoyed a fantastic end to the 2000/01 season and secured a top-half finish despite finishing with back-to-back defeats.

The south Londoners did not hit quite the same heights second time around, but they were not too far off. A 14th-place finish was a respectable achievement – and one for which Charlton fans today would bite your hand off.

Newcastle found themselves outside the top flight when the Premier League launched in 1992/93, but they were back in the big time the following year.

Kevin Keegan’s attack-minded side announced their return in style, finishing in third place behind only Manchester United and Blackburn – and scoring more goals than any other team in the division.

The Magpies slipped three places the following campaign, although their points tally was only five fewer than in 1994/95. Keegan’s side had successfully avoided second-season syndrome, setting them up nicely for their thrilling – but unsuccessful – title challenge in 1995/96. 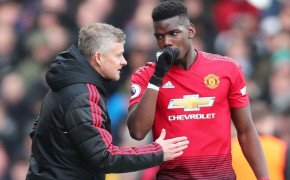