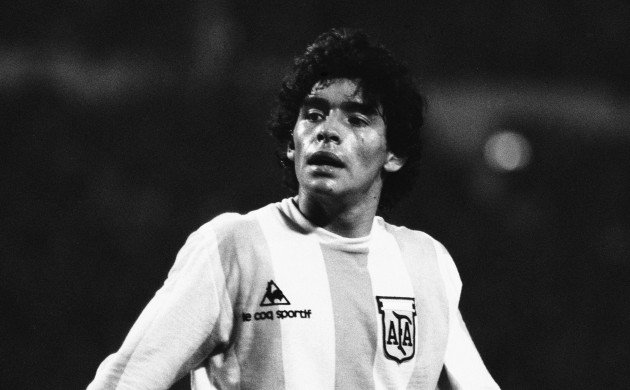 6 stars who shone at the Under-20 World Cup, including Maradona and Messi

The 2017 Under-20 World Cup got under way in South Korea on Saturday, and each of the players taking part will be desperate to make an impression on a tournament which has been graced by several future world-class stars down the years. Here are six well-known footballers who shone in previous editions of the competition.

Maradona starred in the Fifa World Youth Championship, as it was known then, in 1979, helping Argentina to the title seven years before he took them to even greater heights at senior level. The then-Argentinos Juniors man netted a brace against Indonesia in the group stage and also found the net in the 4-1 win against Poland, before shining in victories over Algeria and Uruguay in the knockout rounds. A goal and terrific all-round performance in the final against the Soviet Union was enough to earn Maradona the Golden Ball award and Argentina the trophy.

1987 was Yugoslavia's year, with Mirko Jozic's side going all the way in Chile. Davor Suker, Igor Stimac and Predrag Mijatovic were part of a richly talented squad, but it was Prosinecki and Boban who made the biggest impact as the White Eagles beat the host nation, Australia, Togo, Brazil, East Germany and, in the final on penalties, West Germany. Prosinecki, who went on to play for both Real Madrid and Barcelona, edged out future Milan playmaker Boban to be named player of the tournament.

Having already triumphed in 1983, 1985 and 1993, Brazil's win in 2003 saw them draw level with Argentina as the most successful country in Under-20 World Cup history (although the latter moved ahead by emerging victorious in 2005 and 2007). Dani Alves announced himself to the world in the United Arab Emirates, pushing forward from right-back at every opportunity – as he has done ever since – to help the Selecao claim the trophy.

Consecutive defeats in the finals of the 2014 World Cup, 2015 Copa America and 2016 Copa America Centenario means Messi has still not won an international tournament at senior level, although he did at least inspire Argentina to success at the Under-20 World Cup in 2005. The Albiceleste were beaten 1-0 in their opening game against the United States, but defeats of Egypt and Germany saw them safely through to the knockout stage, where they proved too strong for Colombia, Spain, Brazil and Nigeria. Messi, who found the back of the net on six occasions, saw off competition from John Obi Mikel and Taye Taiwo to win the Golden Ball.

Pogba was not exactly unknown in the summer of 2013, having just made 27 appearances for Juventus as Antonio Conte's charges won the Serie A title. The Frenchman gave further evidence of his talent at the Under-20 World Cup: the midfielder was terrific as Les Bleus squeezed out of a group containing Spain, Ghana and the United States, before Turkey, Uzbekistan, Ghana and Uruguay were overcome from the round of 16 onwards. Pogba may not have scored from open play in the competition, but he was comfortably France's star man and fully deserved to be crowned player of the tournament.